i think i have over talked italy. aside from the family moments of fun and frivolity, there were so many moments of holyshitthisisbeautifulincredibleiwanttolivehereforever. it was most wonderful.

so, for today, i give you my favourite photos of the cruise portion of our trip.

well, except there are no barcelona photos because we ( holly and i ) were…um…to busy shopping. well, there may be one or two, but nothing you have never seen before. we will have to go back to correct this.

yes, that is the only solution.

and that was all. we sailed into the sunset, through italian islands and back to land, to the airport for the long trip home.

I was a little unsure on how to broach the not so perfect part of our family trip in a positive way. And realized the only way to do it was to dive right in at the spot where we found the solution…

one of many, many, many family photos taken on the cruise

We realize now that we planned a very big trip, assuming that the little person in the mix would simply keep up. And of course, we know what happens when you assume anything with children…it usually turns around to bite you right in the ass…umptions.

And so there we were, in Italy, four happy family members:).

Oh wait…we are a family of five.

Yes, the littlest one was miserable. Too much walking and looking and heat had taken it’s toll. On the last few city days, we were usually left with a four year old completely not keeping it together. Heck, sometimes losing his mind as early as breakfast.

We have traveled with all our kids from a young age. Jake was snuggling in a sling in Miami at ten weeks old, Holly had her first flight at twelve weeks and Alex took his first steps in a Paris hotel room at ten months old. But something did not work this time round. It is hard to admit when something is not going as planned, and to be honest we were at a bit of a loss. This trip was just too big for this kid. We were frustrated, he was exhausted, the big kids were being very patient but it is not always fun being the older siblings to a disaster of a child.

So thank goodness for the cruise. Who knew it would be the vacation saver that it was.

In the early planning stages of the vacation, a cruise was not even part of the consideration. The trip was to be a celebration, an embrace of all that is Italy, city and countryside. I am pretty sure Mark had visions of me roaming through unending Tuscan fields, happily shooting flowers and running children…and then realized that he might become a little…bored. Always a problem solver, he proposed an idea…a little land and a little sea. Some European surf for my turf.

Initially I thought that he was nuts. And then we did the math and a cruise was actually a very affordable way to experience Europe. There is no way around it, Europe can be pricey and when we did the comparison of hotel, food and travel versus cruise, which combines all three, it very suddenly became a very viable option.

We chose Royal Caribbean Cruise Line, a line we were familiar with, and a itinerary that fit right in with our schedule. The boat itself, the Legend of the Seas,  was not one of the super new, super huge ships RCCL offers but this was a plus for us, running as we were, across the ship, according to the on board schedules of three kids!

We were not new to cruising, having been on three previous cruises, but from the beginning, this experience was very different – in an “iamnevercruisinganywhereelseeveragain!!!” kind of way.

Case in point, embarkation. It was a breeze. There was refreshing lemonade waiting for us at the RRCL reception in the Civitaveccia port, and by the time we were finished drinking? We were registered. Minutes. It took minutes. In Europe, it is not unusual to be able to board in different cities, along the cruise ship route. This allows for an easy, no rush, no crowd introduction to the cruise. Anyone who has ever boarded a cruise ship in Florida or California would not have thought this kind of calm would be possible. No crowds? No pushing? The logistics of cruising in Europe are completely different  than cruising in North America.

From the announcements being made in five languages to even simple elevator rides becoming adventures in cultural exchange, the cruise, while familiar, offered up a much more international experience than I anticipated. While we ran into some Canadians and Americans, I would say that the ship was heavy on Brits, French and Italian tourists with a smattering of Russians thrown in. Add that to the multinational staff already aboard the ship? It was terrific! I was a little worried about losing some travel authenticity, being on a ship as opposed to being in a city…but at the end of the trip, combined with what it offered in terms of our travel predicament with Alex, the cruise saved the day, in any language. In all languages.

And so our littlest, with his days of miserability ( totally made up word ) so ingrained into his very being that we thought he would never recover, boarded that ship, dropped off his Roman Centurion costume in our room, marched crankily to the Kid’s Club, took one look around at the other children and toys and smiling, friendly faces of the staff…and promptly announced to us that he would be staying. There. All day.Even for “Late Night”. And could he possibly sleep over?

I think there was a collective sigh of relief from our family that was felt throughout the ship.

And while Alex was still somewhat ridiculously difficult with us at dinner and at photo time and at bed time and well, still at every time…he was happy during the day, ensconced high up on the bridge, tucked into the Kid’s Club. Reports back from the staff were of a happy, enthusiastic child who smiled and chatted his way through making goo, painting pictures and even night time pirate raids. PHEW.

What this then afforded us was time to explore the ports of Genoa, Marseille, Barcelona and Valencia knowing that our little man was content and entertained. Would we have preferred to take him off ship with us? Absolutely. But sometimes you need to go with what works. And RCCL’s approach to kid care rocks.

I should also mention that not once on our cruise did Alex have any problem with his allergies. His caregivers ( all university educated child care workers and teachers ) were made aware of them, and they had the epi pen, but not once in the care of the Kid’s Club or at any point during any of our MANY meals, did we have an issue. Food was properly labelled and great care was taken in the dining room by our waiters to keep him safe – RCCL earned my allergy safe stamp of approval on this trip. Not an easy feat! I do not even award myself allergy safe status most weeks.

The food on board was wonderful and plentiful with many healthy options. But really? When traveling with kids? It comes down to the all you can eat ice cream. And it was there, day after day after day. No one went hungry…the teens actually used room service more than is probably socially acceptable to mention.

Oh! The teens! While Alex was happy in the Young Explorer program, and Jake was off ship with us, Holly made good use of the Teen Club. She lucked into a great bunch of kids and by night two, was making it home seconds before her nightly curfew ( and even once after, which nearly spurred a boat wide search by her brother and father…but that has been forgiven now). Music and more ice cream and arcade games filled her nights. And her bilingualism paid off! She became the go to person between the Florida kids and the Parisian teens, the only person able to understand everyone! Oh, and the ship was able to organize a nice little birthday surprise for her room on the day she turned ONE-FOUR.

Ship life was good. So good in fact, that Alex even deigned to allow the ship photographers to take his photo. Many times. POSED. Which is more than I can say for what he was allowing me to do. So…what did we do? We bought every photo that team of photographers took! It has to be noted how hard these cruise ship employees work. They are up late every night and back at it before we ever hit the breakfast line. Always smiling, always patient…I do not know how they do it! And when our stories have been forgotten, somewhere there will be many images of a smiling, charming Alex from this trip…and for that I am grateful.

Oh. And very grateful for one more memory…Holly and her little Roman;). This is the photo she will kill me for posting, but it has to be done.

And so, from hard days on land, to peaceful nights on a ship, our family vacation continued on from Italy to France ( sigh ) and on to Spain ( ole! ). 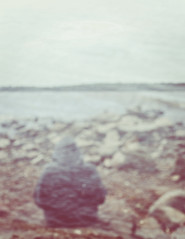 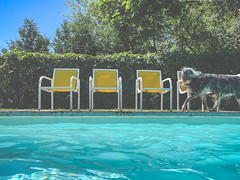 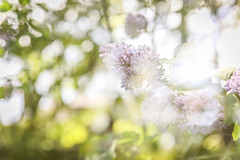 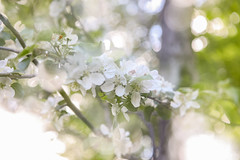 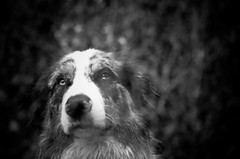