it was prom week at our place last week.

it was nothing to be feared like shark week, but certainly came with a certain level of intensity that i had not anticipated.

jake, my firstborn, graduated on friday. this was very exciting. his academic adventure, from kindergarten on, was nothing short of exciting. i am sure he will be thrilled for me NOT to go into details, but i will just say that very little surprises me now, academically speaking, after taking a tour through education land with this kid.

i have to give it to him, even though we uprooted him almost at the end of a very balanced, happy high school experience, filled with good friends and solid academics, to drop him into a whole new province and basically a whole new world, he has managed to thrive and make us very proud. again.

(sucky parent part over. and no, i did not cry at graduation – moving forward is a good thing!).

i thought i was ready, having watched good friends dispatch their girl into prom night the week before…but i was wrong. they are just ridiculously laid back, knowing that things will just work out. and they did. despite the rain and cold. 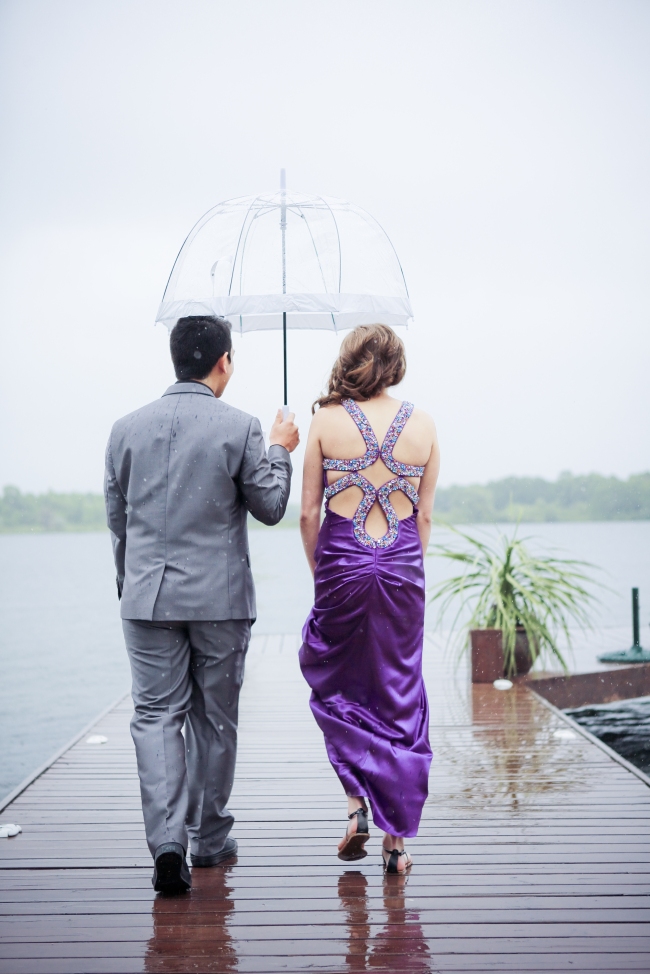 perhaps we should not have waited until five days before the big night to finalize jake’s outfit. or the day before for me to freak out and worry that he would melt in the insidious heat ( 34 degrees celsius if you ignored the humidity and high heat warnings ) if he did not have a red vest to match his date’s spectacular dress ( a dress i did not actually lay eyes on until 18 hours before the big day ). or that maybe he did not really need a selection of two ties ( both polka dotted)  and a bowtie ( plaid ) to choose from. that sneakers were to be worn was a given…but what kind? socks…where to find red and black striped socks???

and all this was done without the boy of the moment as he was home studying for a chemistry test. i owe the entire sales staff of the local mall a huge thank you…because it all worked out.

now, i love proms. there is just something about this moment in time, where these kids are perched somewhere between childhood and adulthood, with a unique mix of formality and unbridled enthusiasm and hope for the BEST night of their lives so far…that makes prom just so anticipated. and perhaps precarious at the same time.

i have asked people endlessly for the last few weeks how their proms were. for the most part, sadly, most responded that their proms were “meh”. the words lame, ghetto, disorganized, heartbreaking were all used. i was not expecting this. my prom was great. okay…i had a really bad haircut the day of and we broke off the radio antenna going through the car wash BUT we had a fabulous mixed tape ( yes, the entire soundtrack of Pretty in Pink was on it ), good friends ( yay, tierney! ) and permission to stay out all night. it just does not get better than that at 16.

my prom dress was black and 36$. and i am still friends with 2/3 of the people in this photo.

( and just in case any of you need more of a flashback…http://www.youtube.com/watch?v=fDFmRETqKTs&list=PL003C96ED801A7E8F)

well, the 2013 version looked a bit different…full on red carpet cocktail ( kudos to those parents, they were fabulous and gracious and threw a hell of a party for all of us ), girls wearing dresses fit for starlets, boys in spiffy suits and sunglasses, cupcakes with the school coat of arms, a champagne bar ( of course for the celebrating parents…) – it just seemed so much MORE than the prom I knew from 1986. could the rest of the evening possibly live up to the hype? was there to be a huge let down?

no. it went off like a charm. 3:48 AM came too soon, when two tired kids made it back to our house ( no mont royal sunrise on this prom ). happy and tired and still laughing about the night before, the next morning confirmed a raucous night of good times, split jeans and a late night Tim Horton’s run before a true Montreal traditional cab ride home.

and we do not have to worry about this for another three years.

congrats, kid, you did awesome.

and you clean up well;).